Over the years I've observed many mergers at law and other professional firms.

Clearly they were all intended to be huge successes, but something went wrong for many.  What was it?

Well, I'm not an M&A expert but my observation is that those that went wrong had two things in common.  They were largely driven by the nirvana of cost savings combined with wishful thinking masquerading as "strategy".

In fact the cost savings were illusory (if you combine two law firms you can't realistically halve, or even quarter, the combined marketing, IT or HR spend... not least because law firms often under-invest in these anyway).  So the cost savings did not emerge while huge additional ones were incurred from the chargeable time lost from integrating two superficially similar (but under the bonnet very different)... and invariably this integration cost was underestimated.

The strategy for the merged whole was often something along the lines of "the same, but bigger"... so in the end the new entity had undergone two years' of disruption, increased its costs and still ultimately faced exactly the same market problems that had caused the component firms to stagnate, but the same failing strategy for long term survival.

But what to do about it?

How to make your law firm merger a success:

These problems are also widely encountered in the legal sector where the "squeezed middle" has caused both mergers and prominent bankruptcies.

This new white paper by Peter Scott(a former Eversheds managing partner) has tons of great insights that apply to law firms as much as law firms.... well worth a read before embarking on a merger or, indeed, if you are in one that is starting to flounder. 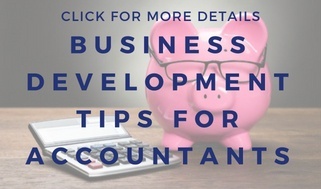